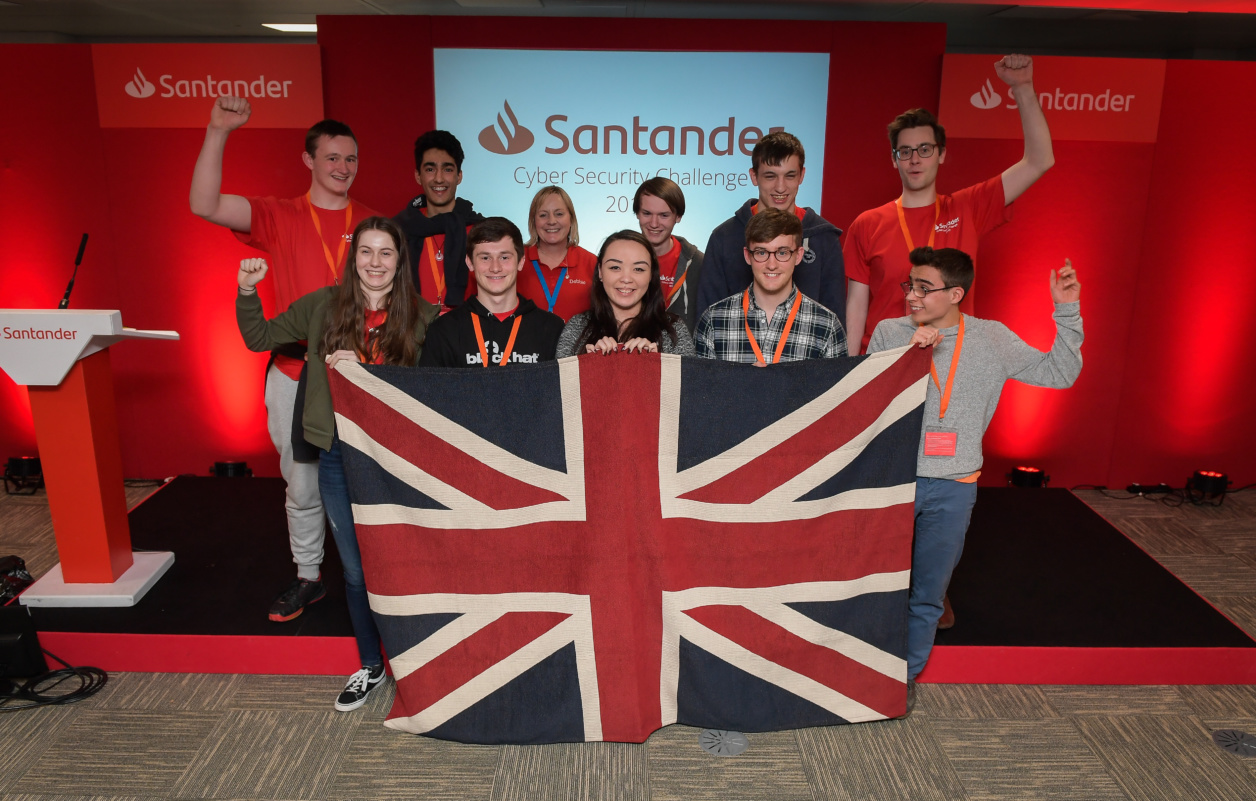 On 22 March 2019, Santander hosted the European Cyber Security Challenge Face to Face Team UK qualifier at their Leicester offices. Forty two young cyber enthusiasts selected for their outstanding performance in the online qualifying rounds attended to battle it out for 10 coveted spots on Team UK. The ECSC 2019 Finals will take place in Bucharest, Romania, in October this year.

Contestants’ skills were put to the test in game scenario, API Bleed, specifically developed by RangeForce. Based on the remote island of Pigmonia, rogue hacktivist group Acronymous were bribed by a state actor to use their skills to destabilise the Pigmonian government. Participants were tasked to work in teams to stop the attack and restore order on the tiny island nation.

And the awards go to….

The top three prizes at this year’s European Cyber Security Challenge Face to Face Team UK qualifier were awarded to:

Look out for more team updates and learn more about this year’s top talent on our social media channels as well as here on our website, coming soon! We’ll make sure you’re kept up to date with the team’s progress as they practice over the coming weeks before their exciting journey to Bucharest in October.